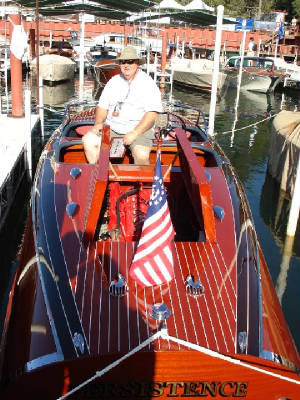 Gary is the owner and Master Boatwright of Classic Craft, Sacramento’s oldest fiberglass and wood boat repair and building facility. Gary began his boat building career in 1964 building and repairing fiberglass and wood boats with his father. By 1967 Gary was designing and building his own small racing sailboats. Through his college years, he repaired a wide variety of boats and helped design and build custom boats of all sizes up to 55 feet. While in college Gary took independent studies in Small Boat Architecture and finished college with two BA’s. Gary teamed up with his brother and produced 21′, 26′, and 30′ foot Luger fiberglass boats. Later Gary worked with Jack Keaton and helped build the award winning Keaton jet and inboard boats. Gary also worked with several other shops including Foster’s Marine, The Boat House, Fibersteel, and Newell’s Boats. He opened a shop named Wooden Ship Boatworks in 1974 and did boat repair and built 36′ trimarans, 36′ monohull sailboats, as well as assorted smaller boats. In the 70’s he continued to help Jack Keaton build his local legend the Keaton Jet Boat. In 1980 the name Classic Craft was adopted and the shop was moved to a facility on Front Street in West Sacramento. After 6 years he needed a larger facility which he found on Evergreen Avenue in West Sacramento in 1986. In 1997 with the retirement of Jack Keaton from boat building Gary moved back into Keaton’s boat building shop on Folsom Blvd., Sacramento, CA. Keaton boats was founded in 1957 and had aquired alot of tools and tooling so it was a challenge to combine Keaton Boats with Classic Craft. The resulting shop became one of the best equiped in the Sacramento region. Gary has also taught classes and done many seminars in boat construction, boat repair , and boat maintenance. He has also held seminars for insurance companies teaching adjusters, appraisers, and claims representatives. Gary likes to spend vacations captaining larger boats in foriegn waters and has sailed the Cyclaid Islands in Greece, the French and Italian Rivieras, the Bahamas, and many islands of the Carribean. 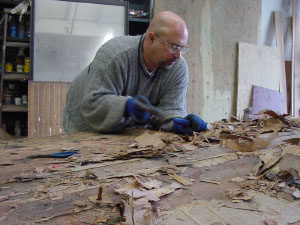 Frank has been a associate working with Classic Craft since 1982. His specialties are the restoration and repair of wood boats. He has experience in all aspects of wood boat finishes and disassembly and assembly of the boats and enjoys time off on his own boat that he built. 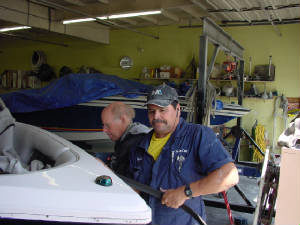 Hilario has been a member of the Classic Craft staff since 1994. He came to us after working in fiberglass parts manufacturing for 8 years. Hilario is a Marine Composite Technician and specialties include expert custom color matching of gel coats, composite lay ups, and composite repairs.